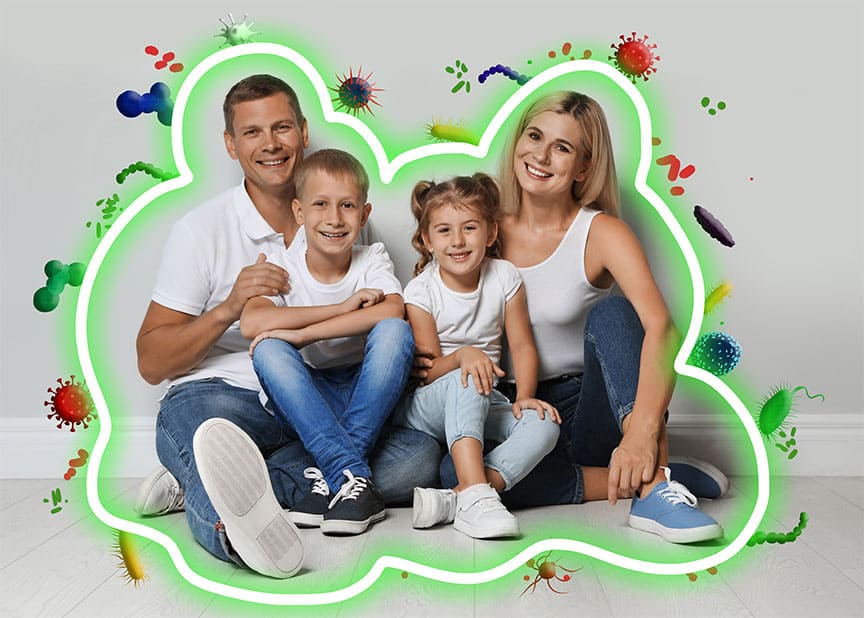 Chiropractic and Good Choices can Influence Your Immunity

The calendar welcomes the time of the year when coughs, fevers, stuffy noses, and tummy aches become the
norm for both kids and adults. Some people wonder why certain individuals remain unscathed and seemingly
untouched by the microbes that cause sickness, even among family members living under the same roof.

Some people get labeled as simply having a stronger immune system than others. The powerful truth actually
shows that every person’s body design comes equipped with an amazing immune system comprised of little
soldiers with a specific purpose to be on constant lookout for foreign invaders. The location of an invader
causes a set of hormones to signal a need for more specific white blood cell fighters to crash the scene and get
to work destroying and eliminating the culprits. This process occurs without the conscious awareness of the
host/person. The protective procedure occurs automatically under the control of a part of the brain and spinal
cord called the autonomic nervous system.

Research conducted in 2010 showed that patients who received chiropractic adjustments increased a specific
signaling molecule in the body called Interleukin-2. This molecule regulates the activities of white blood cells
responsible for immunity. Interleukin-2 represents part of the body’s natural response to microbial infection
and helps the body recognize and create specific responses that neutralize foreign invaders. Evidence of this
protein molecule shows to be present in higher quantity in people who received a chiropractic spinal
adjustment compared to people who did not.

The primary focus of a chiropractic adjustment does not focus on increasing immunity or treating a symptom
or condition. The increased body function from an adjustment serves as an example of a healthy outcome
resulting from removing interference from the nervous system. While other professions focus more on
changing the environment to minimize microbes in and around the body, chiropractic focuses on
strengthening the body from the inside-out.

Looking for a Chiropractor near you? Check out all our convenient CORE Health Centers locations throughout Kentucky: